GMC is a manufacturer of trucks, vans, military vehicles, and Sport utility vehicles marketed in North America and the Middle East by General Motors. In January 2007, GMC was GM's second-largest-selling North American vehicle division after Chevrolet, ahead of Pontiac.

General Motors was founded by William C. Durant on September 16, 1908, as a holding company for Buick. In 1909, GM purchased the Rapid Motor Vehicle Company, forming the basis of the General Motors Truck Company, from which the "GMC Truck" brand name was derived. (Rapid was established on December 22, 1901, by Max Grabowsky. The company developed some of the earliest commercial trucks ever designed, and utilized one-cylinder engines.) The Reliance Motor Car Company (another independent manufacturer) was also purchased that same year by GM. Rapid and Reliance were merged in 1911, and in 1912 the marque "GMC Truck" first appeared on vehicles exhibited at the New York International Auto Show. Some 22,000 trucks were produced that year, though GMC's contribution to that total was a mere 372 units. GMC had some currency within GM referring to the corporate parent in general. Later "GMC" would become distinct as a division brand within the corporation, branding trucks and coaches; in contrast, the abbreviation for the overall corporation eventually ended up as "GM".
In 2002, GMC released a book entitled, GMC: The First 100 Years, a complete history of the company.
GMC currently manufactures SUVs, pickup trucks, vans, light-duty trucks, and medium duty trucks. In the past, GMC also produced fire trucks, ambulances, heavy-duty trucks, military vehicles, motorhomes, and transit buses.
SHIP MY RIDE is a Calgary based vehicle transport company that makes shipping vehicles easy and safe, while valuing and respecting the condition of your vehicle. whenever you need to transport your GMC truck anywhere in Canda, SHIP MY RIDE is the car shipping company to call. We can help you transport your truck, click on CAR SHIPPING QUOTE REQUEST
Our Goal is to serve you in a timely manner, by shipping your vehicles with professionalism and ensure your satisfaction with our car carrier fleet of trucks and our committed staff… not only today but also for future vehicle transportations, by leading the way in the car shipping industry standards in Canada.

IT DOESN'T MATTER WHICH TRUCK YOU DRIVE, WE CAN TRANSPORT IT ALL ACROSS CANADA
CONTACT US FOR MORE INFORMATION OR REQUEST A FREE CAR SHIPPING ONLINE QUOTE TO TRANSPORT YOUR TRUCK IN CANADA 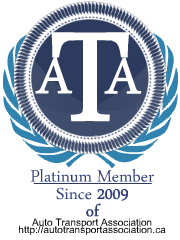